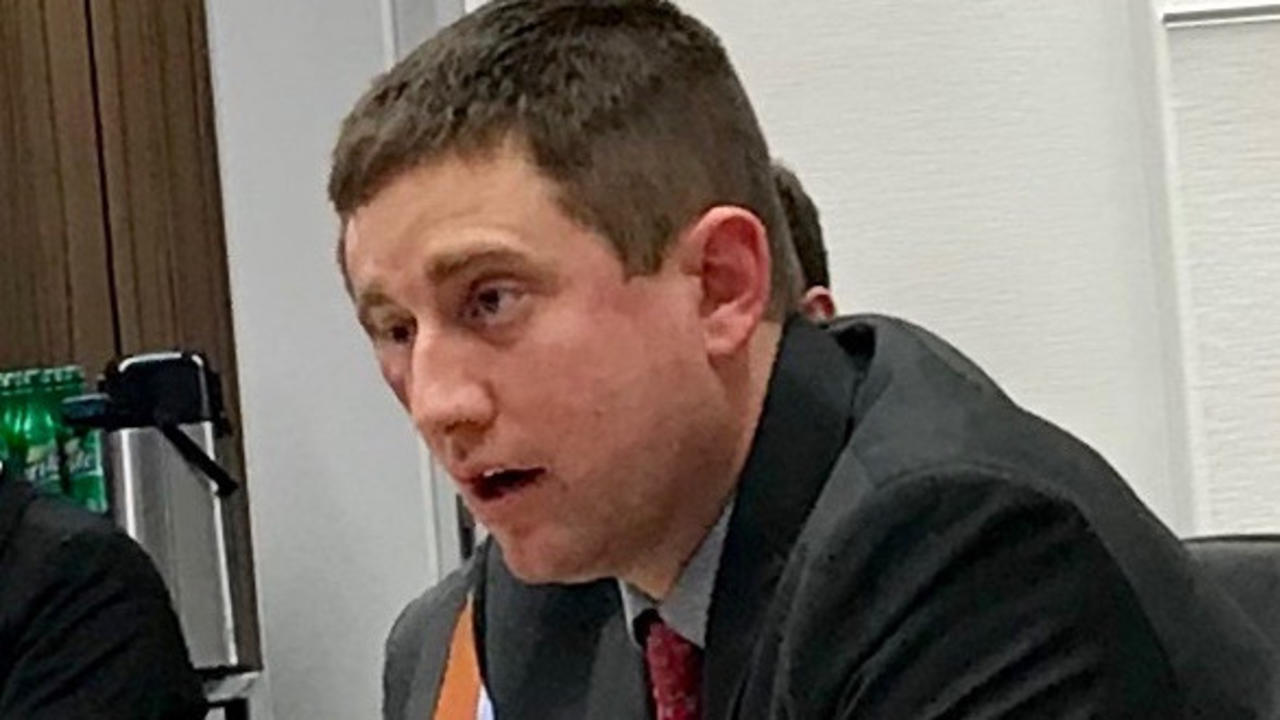 Image above: Brian Blase, Special Assistant to the President on Healthcare Policy

I was in Washington D.C. recently for the winter meeting of members of the National Partnership for Hospice Innovation group. A vibrant lineup of speakers was there to share their insights on the current state of healthcare and hospice.

One surprise speaker was Brian Blase, Special Assistant to the President on Healthcare Policy. I admit it – I was initially skeptical of this young person who I assumed could not possibly have any meaningful insights about our work of caring for the frail and dying citizens. That’s what happens sometimes when we are “experts” in our field; too often, we’re not open to new ideas or others’ points of view, because, after all, we’re the ones with the years of experience and/or education and maturity under our belts.

But something magical happened that day. This young man, who is a part of what must be the most unconventional administration in our nations history, had done his homework.  Mr. Blase began his comments with a description of his beloved grandparents, both of who had died in the recent past, but who’d had very different death experiences.  He told us first how his grandfather had been diagnosed with a serious illness.  He’d had various doctors, each of whom had given the patient and family a different version of what to expect.  He’d had surgery, had contracted a MRSA infection while in the hospital, and continued to endure surgeries, treatments, and unending confusion about his prognosis from his many physicians, until finally dying in a nursing home in pain and suffering.  Blase described his grandfather’s passing as a “tragic experience” for his family.  Then, his grandmother was diagnosed with cancer.  She refused treatment and asked instead for hospice care.  Her experience was very different from his grandfather’s, and he described a far more humane and comfortable end; at home with her family, at peace and in charge until she died with her loved ones around her, all having said their goodbyes.

He seemed genuinely interested in exploring the issues facing our group of not-for-profit hospice leaders. He told us that the White House is all for getting rid of unnecessary regulations, and that he would take our input on the topics we’d discussed back for the administration’s consideration. Dismantling the ACA, “updating” Medicare, and a focus on innovation; these were this administration’s targets for healthcare, Blase told us. I left feeling a bit more hopeful and heartened.

What a lesson to me this encounter was; to stay open-minded, to avoid passing judgment in advance, and to be willing to listen to others’ points of view, free of limiting assumptions.  It’s where we find ourselves in this world so often, it seems – stuck at “I’m right, you’re wrong; shut up”. But by taking that attitude, we may waste an opportunity to expand our ideas and possibilities.

If I had decided to leave and not listen to this representative of a White House with which I don’t always agree, I would have missed an opportunity to learn something, and to realize that good hospice care is important to all of us, regardless of political, religious or cultural differences. We share a common desire to make this experience of life until death as meaningful as possible.